Say hello to Cornelius! I got to meet him during a brief visit to the ROM last week, and he seems like a pretty nice guy. 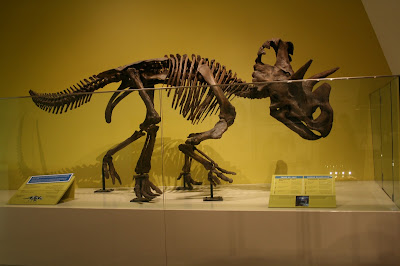 This cool new ceratopsian is on display in the Age of Dinosaurs gallery in an exhibit called "New Dino Discovered", and was also featured in Dino Hunt Canada, which aired earlier this year. It should have a new name soon, but for now Canada voted to nickname it Cornelius. The really nice skeletal mount was put together by Research Casting International based on about a 50% complete disarticulated skeleton. 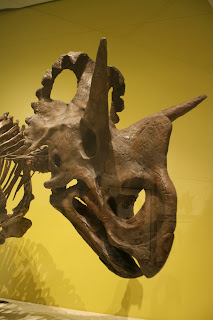 Here's a close-up of that winning smile. This new dude is a centrosaurine ceratopsid with some pretty neat ornamentation going on at the back of the frill. 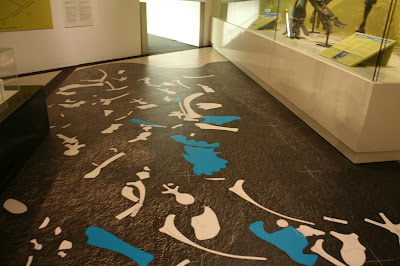 I really liked the inclusion of a quarry map on the floor, which highlights some of the bones that are on display. The skeleton was found in southern Alberta in the Milk River area, and comes from the Oldman Formation. 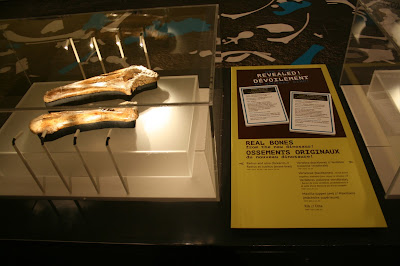 The mounted skeleton is a cast, but there are some original bones on display, like the radius and ulna shown here. 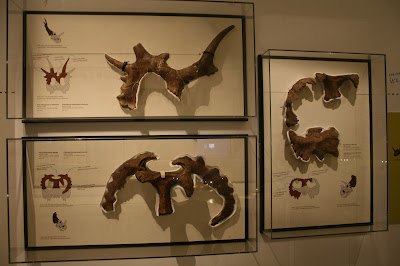 In particular, I liked this set of panels on the wall showing differences in frill ornamentation between centrosaurines, and how we identify different species. On the right is the original frill material for Cornelius, the bottom left is Centrosaurus, and the top left is Styracosaurus. 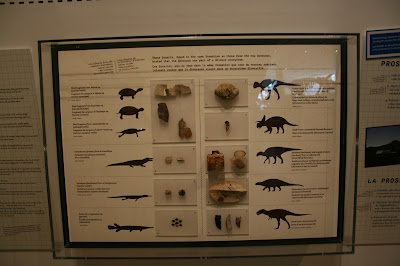 And look, there was even an ankylosaur osteoderm on display! These are some of the fossils found in the Milk River area, which tell us a bit about the ecosystem that the new centrosaurine lived in.

It's a cool new dinosaur and a nice exhibit, so definitely don't miss it if you're visiting the ROM anytime soon!
Posted by Victoria at 7:19 PM